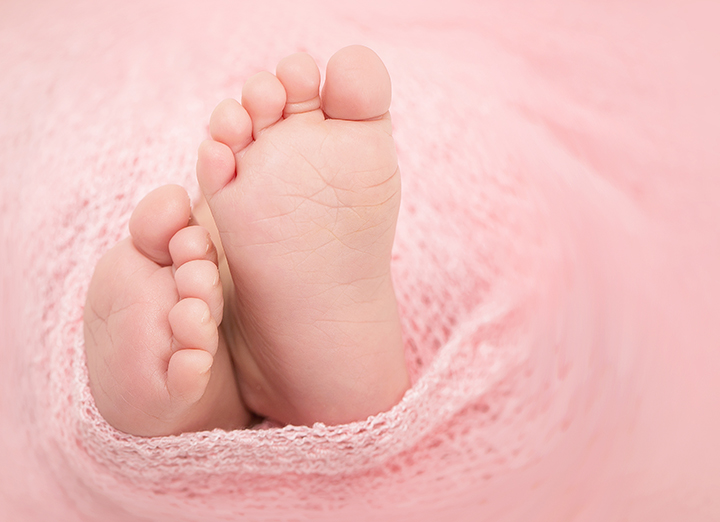 On November 20, 2011 (the first day of Thanksgiving week) Eliana was miraculously born, healthy and whole, two weeks early weighing only 5 pounds.  Today she is four months old, weighs 14.5 pounds, and is thriving in every way.  Praise God!

Prior to Eliana’s birth, I was unexpectedly hospitalized due to high blood pressure which led to preeclampsia.  For three weeks before delivery, I was in the hospital in Plano, TX where the baby and I were monitored multiple times each day.  Though doctors communicated grim possibilities, God kept His hand upon us.  He had every situation under control.  He even used the time to strengthen my spirit as I sat in solitude hour-after-hour, day-after-day.

Through a series of serious hospital mistakes, life-threatening medical emergencies, and unexpected surgeries, we watched the love and grace of God manifest as He fought for us to overthrow the enemy’s plans to steal the baby’s life and mine.  Today, Eliana and I are both healthy and whole.  Additionally, due to their errors, the hospital cancelled our bill.  Praise God!

From 2008 to 2011 we hoped to add more children to our family.  In March 2008 we had a miscarriage.  In March 2009 we lost a precious son we named Elijah Marc.  Then, for two years, we lived with the sorrow of our loss and the disappointment of being unable to become pregnant again. I felt like my life was on hold.  I wondered what I could have done to make things go so wrong.

I had grown frustrated and wondered if God even heard my prayers anymore.  In the beginning of 2011 I cried out to God…alone…on my knees…at home.  It was ugly, but it was real.  I surrendered my grown-up hopes and dreams to God and acknowledged my inability to fulfill them apart from Him.  I surrendered to His will and timing.  I began a gratitude journal to set my mind on all He had given rather than focusing on all I could not make happen.  By Spring 2011 I was expecting this precious child.  She was born the week of Thanksgiving.  It is true: gratitude precedes miracles (Ann Voskamp in One Thousand Gifts).

Before we even knew she was a girl, her name was revealed in a dream by God to my friend, Shinista Anderson.  When Shinista shared the name and its meaning we knew the Lord had not forgotten us.  We knew He was prophetically speaking to us in a way that we would always know that He hears and responds to our prayers.

Eliana is a Hebrew name which means my God has responded or my God has answered my prayer. The word from the Lord to us is that He has responded to our prayer with a gift that is truly pure and unsullied.  He has a special plan for her life.

We had all prayed for this child in our own way.  Even Sarah, on her own, asked God to give us a baby so the two of them “could be friend.”

I share this testimony today to encourage you to know that God answers prayers.  Your prayer doesn’t have to be eloquent or formulated perfectly for God to respond.  Just cry out to Him.  Run to Him.  Stop trying to make your life what you think it should be.  Trust Him.  He hears us.  He loves us.  He responds when we cry out to Him.